Fortunes: The Tarot Card storytelling game might be played after a rousing seance or during the quietest hours of the night, ideally in a room with a candle. It could be played by an eccentric family who lives in a dilapidated mansion on a hill overlooking a small town in autumn, or it could be played by a curious young couple sitting on a hay bale as a harvest festival finally winds down on a Sunday evening. However it is played, Fortunes is a game for storytellers.

This zine includes the rules and story prompts for "The Seance," which takes place amidst the spiritualist movement in 19th Century London. Use your own tarot deck (or a deck of standard playing cards) to play. In Fortunes, you invent characters, determine important events, and shape the world.

Your story might involve a famous mystery writer, increasingly passionate about the potential existence of fairies. It might include a furious magician, desperate to disprove a wealthy medium's supernatural claims. It could introduce a vengeful mouse with connections to a secret society beneath the cobblestones or a roguish airship pilot failing to raise funds for the world's largest dirigible airship.

This storytelling game requires a deck of tarot cards or regular playing cards. You'll use this in conjunction with a list of story prompts inside the zine. This debut zine focuses specifically on a story set in 19th Century London, where the spiritualist movement is just taking hold. The game's prompts and setting will use this theme, though the ruleset is designed to function with a much wider scope.

Thanks to the backers at Kickstarter, this game also includes two additional settings: Village of Secrets and The Fairy Garden.

During the game, players take turns telling a collaborative story. There's a card to enhance the setting, a card to guide each primary character, and three cards (to start with) in your hand. Each card has a corresponding story prompt, and some of these prompts will set up your story's "recurring themes." You'll be able to draw a card each time you work one of these themes into your scenes. During your turn, you choose one of the cards from your hand and describe a scene from the shared story.

If you've incorporated the recurring themes into the story, you should have at least one extra card in your hand for the conclusion. You will use these remaining cards to finish the game. With each card, you get to wrap up one story thread from the collaborative tale. Maybe you'll describe what happened to a character. Maybe you'll hint at a new mystery yet to be solved.

In Fortunes, you control the story. You are the protagonist, antagonist, and the obstacles along the way. The game invites you to embody characters in dialogue and action. You are encouraged to engage in scenes with the other players, explore relationships between characters, and celebrate the varied styles of the other storytellers at the table.

In order to download this storytelling game you must purchase it at or above the minimum price of $15 USD. You will get access to the following files: 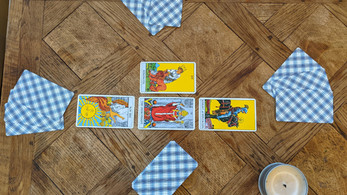 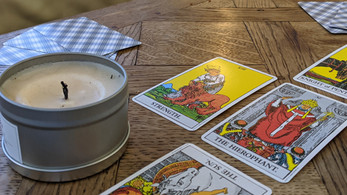 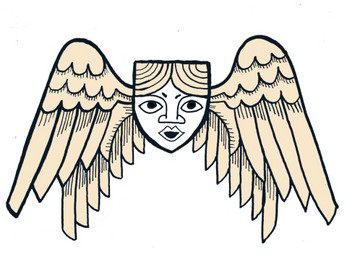 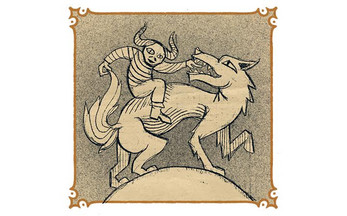 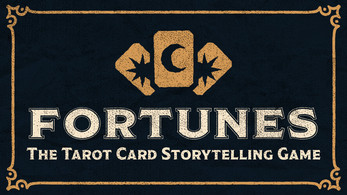